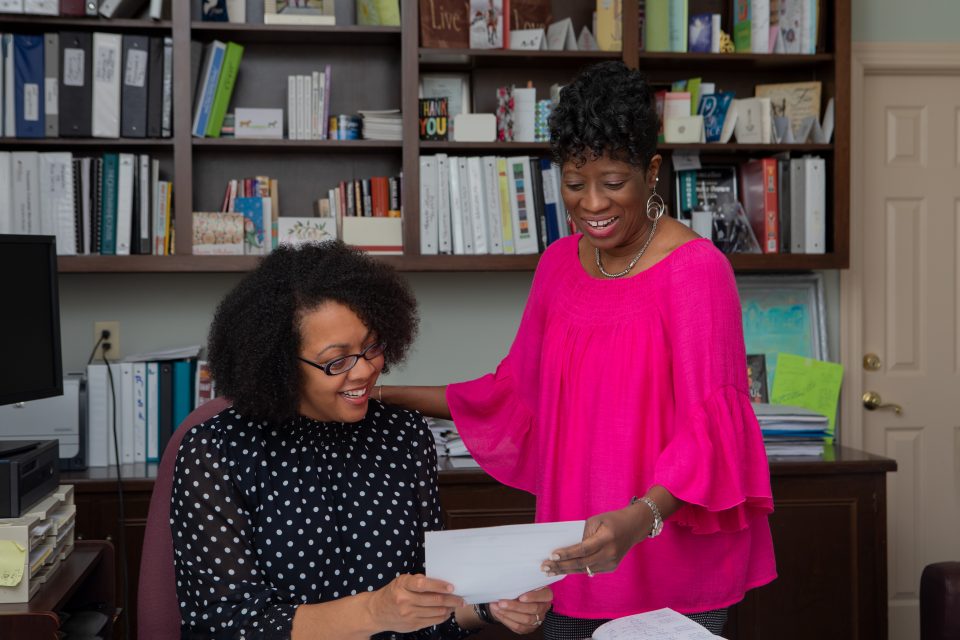 When Mobile native Chandra Brown graduated from college, she knew she had a desire to help people, but wasn’t sure how it would manifest in her career. She became a helpline volunteer with Contact Mobile, and when two social service organizations later merged, Chandra was asked to become the Prevention and Education Coordinator.

Chandra, however, decided she would rather be the Executive Director, even though she was only 25 years old and had no director experience. She just felt she could do it, and when discussing it with her dad, he said: “This is what I know. You’ve got to tell people what you want, because if you don’t, it will never happen.”

So Chandra submitted her resume (despite being turned down for a job at the Rape Crisis Center a few years earlier) and got the job. She now serves as the Executive Director of Lifelines Counseling Services, where she has worked since 2002.

I had the privilege of sitting down with Chandra to talk about her journey. Here are some highlights of the wisdom she learned along the way and what excites her about the future.

On finding JOY in difficult work:

Lifelines Counseling Services’ tagline is Real Solutions for Real Problems. Community members come to this 61-year-old agency looking for help during some of the toughest times in their lives—after the loss of a loved one, during a crisis (suicide, sexual assault, interpersonal violence or crime), divorce, or relationship/parenting struggles. There are times that are dark. There are times that are tough. And what do you do about it? You just plow through it, make the tough decisions and have the support around you where you can keep the mission in mind..is how I initially saw this work. It’s also a transformation. At one point, I might have felt more like a martyr, but that’s exhausting. That’s not fun. If you don’t find a balance, it becomes too much. I think now I’m trying to focus on: How do you find the joy in this work? Because healing, although it can be painful, it is also joyful, when you’ve come out the other side.

On MEASURING IN CENTIMETERS:

I’ve had a couple of incidences over the last few weeks when I really got to see the fruit of the work that was done several years ago. And it just hit me. It’s one of those things where you participate in community work, and I don’t know where this will lead. And now, to look at it and say: I was a part of that. That was really, really cool that we made the world a little bit better in this corner. So the results may not be immediate, particularly in this work, and I think that’s what’s tough. When you’re dealing with human behavior and human problems that are bigger than any of us and that have been around before us and will be around post-us, all we can hope to do is move it in inches, maybe even centimeters.

On being a PRESENCE instead of a FIXER:

We go through tough times. Life obstacles will occur. In our volunteer trainings for our crisis line work, we have a quote we use—It’s much easier to tell a person what to do than stand with them in their pain. I went into the helping field (many of us do) because we want to fix something we perceive as broken. After doing this for a while, we realize that we are just as broken. So, it’s best to honor another human with the skills, abilities and gifts to fix their own issues. What we can do is serve as a witness and support to their journey.

On being an AUTHENTIC FEMALE LEADER:

As a female leader, you have to embrace your own leadership style. You can lead collectively and cooperatively, and just lean into that. I think the toughest part is figuring out how to be authentic as a leader. Part of it is just getting older, when you realize: I don’t really have to please and I can actually do this on my own terms. I can show up the way that I want to show up. And that within itself is liberating.

You don’t have to know everything. Women are not your competitors. Don’t be afraid of the most brilliant woman in the room. Be her friend. Get to know all the leaders and look at their traits, take in the good things about them. Look at what they do really well and take that in for you. Build a network. And build a network of support that are varying in age and experience to have that wide support.

I’m not a creative person, but creating became really important to me recently. I wanted to go to museums and look at paintings and be around lots of colors, and I didn’t know what it was leading to, but I needed anything that could inspire me. I went to plays and concerts and museums and anything that could feed creativity. I followed any and every artist on Instagram that I could think of…I listened to any new music that that I hadn’t heard before. So now I’m interested in community development and art and how the two can merge and create a more beautiful and sustainable community.

On CREATIVITY and HEALING:

At Lifelines, we’ve solidly done a great job with using evidence-based practices. We’ve got the structure there. I would love, love, love to see us venture more into the left brain, expressive arts work. I think that’s just as much a part of healing as learning how to cognitively process it. How do we emotionally, physically and intuitively process our issues cognitively and creatively. What does that look like?

So, April was sexual assault awareness month, and we partnered with PowerLines Poetry and had a speak out. We had community members that we’ve never seen before and they came up and spoke, and it was amazing, and I was like: This is what we’ve been pushing toward. To be holistic. To do activities with spoken word, art and yoga and combining that traditional work with creative work. To give our community the whole spectrum of healing.

And full circle, back to JOY:

Recently, a professor made a comment that just stuck with me. He said: “What if we created something like a festival or party where people came together in a space of healing instead of people connecting in a space of trauma? They came as an expression of joy. What would that look like?” That really flipped my mind to ask: What would that look like? How can we do that? That can be fun. And you’re doing stuff now that’s absolutely, unabashedly fun.

Resources for Learning at Home 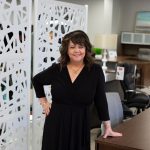 Emily Blejwas is the author of Once You Know This (2017), The Story of Alabama in Fourteen Foods (2019), and Like Nothing Amazing Ever Happened (2020). She directs the Gulf States Health Policy Center in Bayou La Batre, AL and lives in Mobile, AL with her husband, Andrew, and their four children.