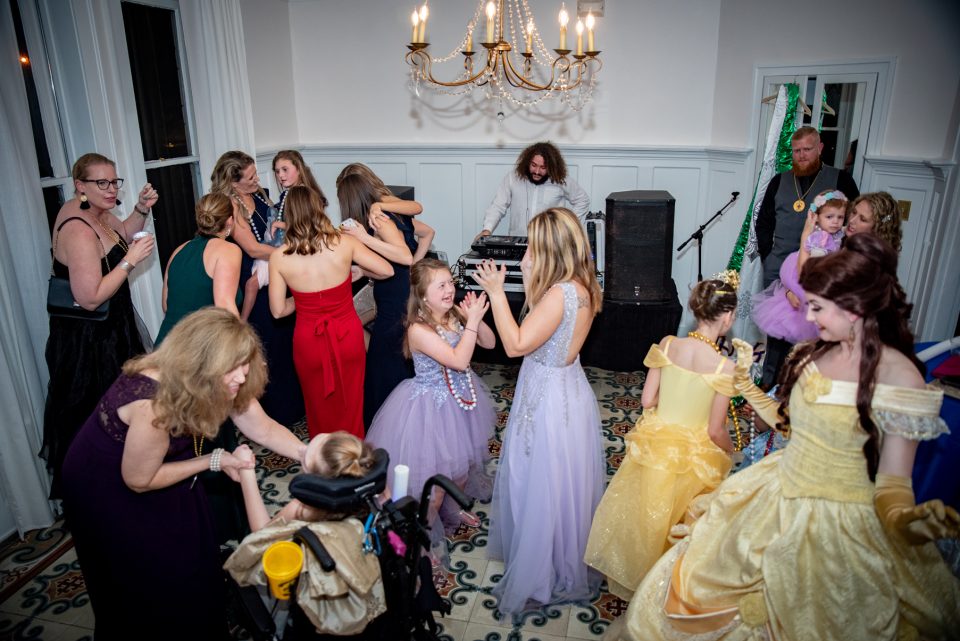 Mardi Gras is at the heart of Mobile’s history. The Krewe of Kindness is a nonprofit organization that promotes the inclusion of special needs families while bringing in some of that Carnival fun.

Jenni Zimlich’s daughter has spina bifida and was a Children’s Miracle Network ambassador representing USA Children’s and Women’s Hospital in 2015 and 2016. Jenni wanted a way to give back to the community after the ambassadorship ended.

They are involved in a community of families with special needs children who participate in wheelchair racing. This isn’t a new sport to Mobile, but it’s new to a lot of locals. Jenni says that there isn’t a huge awareness of this small community within Mobile, but that they hold a strong bond with each other.

So, Jenni and some other families got together in 2017 to make KOK official. Although KOK isn’t an actual Mardi Gras crewe, they decided to host a Mardi Gras ball to raise the funds needed to make improvements so special needs families in Mobile and surrounding areas can enjoy everyday things the rest of us take for granted.

KOK hosted its first Mardi Gras ball in 2019. The ball would serve as a fundraiser for all the projects KOK planned on hosting and participating in. They help support local wheelchair athletes in local and national races, helped send 15 special needs students to a marine science camp at the Dauphin Island Sea Lab, donated to the USA Children’s and Women’s fundraiser to renovate the Emergency Department, and sewed and donated more than 200 pillowcases to children at the hospital. One of their biggest accomplishments in their first year, though, was raising enough money to buy a beach mat for Dauphin Island to create a more accessible beach.

“We did have some pushback on the beach mat project. Some people were wondering why we needed it…comparing us to Gulf Shores. That’s not taking into account the fact that there are local families and tourists in Dauphin Island who want to enjoy the beach. It’s not just about whether or not we are a major tourist destination. My family is very active, and not everyone has those opportunities. We always reach out to families to figure out how we can take away those barriers,” Jenni said.

The 2020 ball, with a theme of “Be Our Guest,” brought another fun night of inclusion, king cake, princesses, a Beauty and a Beast. Shandy Oliver and Art Cronenberg III served as the 2020 Queen and King. Shandy volunteers at the YMCA and South Baldwin Hospital and possesses a true passion for health and fitness. Art was injured in 2006 working in disaster recovery for Hurricane Katrina, and he now works in landscaping and forestry. Both Shandy and Art are avid wheelchair racers.

With their proceeds from this past ball, KOK hopes to move to a new location next year and extend the beach mat at Dauphin Island along with more exciting projects to help with accessibility in the area.

In the near future, they hope to form more of an educational outreach. They’re looking to get more families involved who want to take part in adaptive sports. Additionally, they’re always looking for sponsors to help them achieve their goals.

The Krewe of Kindness is only in its second year and it’s exceeding its original goal of fostering the devoted, welcoming community of special needs families in Mobile.

For more information or to get involved, visit kreweofkindness.com. 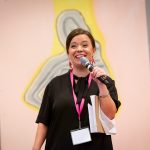 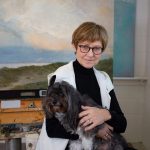 Susan Downing-White: An Artist with a Mission

2019 Holiday Events on the Gulf Coast